Home Gaming Open World Games That Are Worth Your Time

Gaming technology is evolving at an unprecedented pace. Every year we witness studios outdoing themselves with their flagship series. The graphics are inching closer to the physical world landscape every day, which provides a remarkable experience to the users. Additionally, game development companies are now partnering with Dolby studios to bring state-of-the-art audio to us.

With so much going on with the backend technology, hardware was bound to catch up. Today, we have affordable monitors that can stream 4k with up to 120 fps. Additionally, the storage speed is also improving day by day to ensure a seamless gaming experience. Spearheading this technology revolution are the open-world games that allow the user to roam freely in a universe and explore different landscapes.

The Grand Theft Auto series has paved the way for open-world games, which are getting better and better. In this article, we have recommended a few open-world games that need to have your attention again. Some of these games boast uncanny landscapes and viewing experiences. The list includes some of the vintage games, but with the modern hardware, you can upscale the quality and enjoy them.

This comes as no surprise because GTA Vice City saw a great response from the fans because it portrayed the tropical Malibu culture in the most fascinating and relatable way possible. Rockstar studios ensure that the region they pick up in their games is captured well with all the little details.

Therefore, it is safe to say that little-known GTA London did a commendable job in capturing the true essence of 1960s London. The game received a mixed response from fans and critics, but it went on to win a BAFTA award for its innovation.

Getaway is the best imitation of Grand Theft Auto to date. When the GTA series became massively popular, several studios tried to mimic the success mantra but failed miserably at that. The reason was that apart from a few plotline gimmicks, these studios didn’t bring anything new to the table, and GTA was already a household name in the open world gaming.

This is where team Soho understood the trick and brought to us the best gaming version of London in the open world. Soho decided to focus just on London and capture its cosmopolitan culture in its true form, just like GTA did with American street culture.

Getaway London gets very close to cloning the street slang, the ghetto culture, the accent, etc., of London City. This is a two-part series with plenty of exploring to do, so you are unlikely to get bored.

Assassin’s Creed is yet another successful video game franchise that runs through different historical ages. The series garnered popularity because it aptly captured the daily reveries of medieval and ancient ages along with the high-level bureaucratic politics that used to take place.

The Unity series by Assassin’s Creed captures different locations and maps in Europe. Several cities are captured with uncanny details, which provides the experience of roaming around the beautiful streets of European Cities.

We have specifically mentioned Paris because it has been portrayed exceptionally well in the game, and if you live in Paris, you will concur with our argument. Apart from Paris, you can explore the Unity Pandora Box to explore Byzantine Empire, Ancient Greece, Rome, etc.

The online gaming industry has grown exponentially in the past 3-4 years. Players around the world have dedicated platforms to connect, communicate and explore the game together. There are many open-world games to choose from. Additionally, you get plenty of options genre-wise too. One particular genre that stands out in this regard is online casinos. 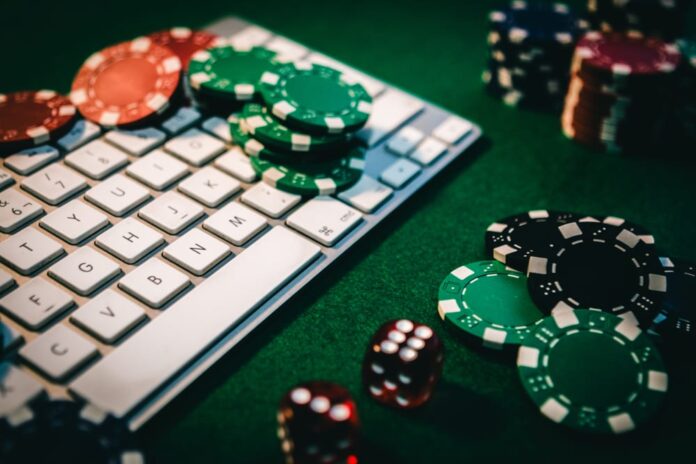 Platforms like topcasinosearch.com have become quite popular in Europe, especially after the pandemic period. Gambling has always been enticing for the people of Europe.

With the advent of online platforms that achieved the cloning of casino services, people found a sustainable way to enjoy gambling from the comfort of their homes. Online games do not quite fit the list we are formulating here, but we wanted to take note of the implied interest of people who enjoy open-world games.

Midnight Club failed to see the light of the day because it failed to procure licensed cars like Need For Speed. However, the game will still go down as one of the all-time greats. You can partner up with a friend and explore different routes to the same checkpoint. The second part of this series covers the street of Paris in a truly captivating sense.

The Italian Job is one of the top-notch open-world games you will ever come across. This game can easily compete with the GTA’s graphic design in terms of recreating the looks of a city. The game is centered around Turin and London and has aptly captured the features of these two beautiful European landmarks.

The game is inspired by the popular movie Italian Job and has paid its tribute quite well. The game was released 30 years after the movie but still managed to spark nostalgia in the gaming industry. The true success of this game can be captured by the fact that the chasing scene in the last scene was reiterated in a very popular game GTA V.

The gaming society is roughly divided into two groups, serious and casual gamers. Casual gamers enjoy the fun of experiencing a virtual world without getting too competitive. Whereas, serious gamers try to experience a game at its fullest by completing all the missions and side jobs.

The gaming industry has a massive following of casual gamers who enjoy their time off from the reveries of life. Open world games provide a balance to the game developers because they can now cater to all sorts of audiences.

6 Tips for PS5 Owners to Know

How to Play Slingo