Home Business Django vs. Angular: Which One is the Best Choice?

There is a lot of rush in choosing appropriate frameworks to get the best outcomes. The market provides several solutions, but depending on the quality and requirements of a business and the proficiency of the developers who will handle the frameworks, it’s hard to choose when it’s a battle of Django Vs. Angular. If you have learned about both frameworks but are stuck somewhere, you are at the correct place to know the quality of both frameworks and make a choice to understand which one is beneficial for you and which one you should go with.

Django and angular are open-source web application frameworks utilized by developers worldwide. Django is a high-level framework of Python used for web applications that enable the rapid development of secure and managed websites. Read more about how to hire javascript developer. In contrast, Angular is a development platform built on JavaScript that involves a component-based framework used for web applications. It is a heap of well-integrated libraries that cover various features, including routing, client-server communication, and more. To make your choice clearer let’s know about Django and Angular in depth. 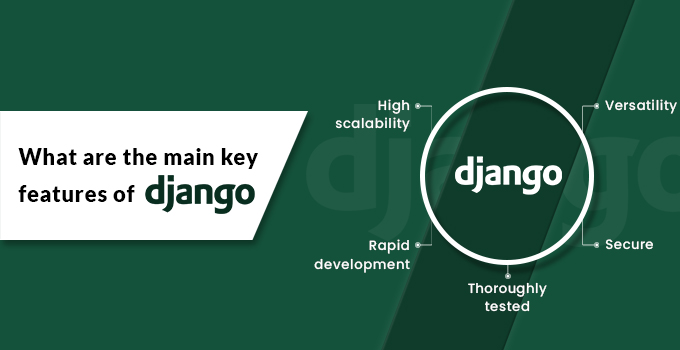 Django was created in 2003 by Python programmers Adrian Holovaty and Simon Willison. Django is a python based free and open-source web framework that goes behind the MTV (model-template-views) architectural pattern. It is built by experienced developers and understands most of the clash of Web development, so your intent should be on writing your app without reinventing the wheel. It runs on the Server-side and complies with web pages. After compiling the web pages, the Django framework sends it back to the client-side.

Django helps provide scalable and rapid solutions to the busiest sites leveraging high traffic. Django was designed to assist contractors from conceptualizing an application to completion as soon as possible. Django pays full attention to security and helps avoid many mistakes that are usually left out and create security breaches.

Due to numerous valuable factors, Django is in trend. Most developers are interested in the Django framework as it is easy to use and provides scalable and flexible solutions.

If we look at the Django usage statistics in the below graph, it is evidence of its popularity in the market.

Features of any technology are always available to make your work easy and efficient. One can understand from parts that it is meant for what and capable of doing what. There are many reasons to learn Django, which makes it unique from others. So, let’s move to the good part.

Various organizations use Django around the Globe on a large scale, and its implementation is efficient without any defects and errors. When we talk about scalability, it is efficient to implement the technology. The faster the performance will be, the higher the scalability.

Django has a great future in web development, and PHP users will majorly switch to Django due to its flexibility. Django allows extending with all the technologies we work with and upcoming technologies. The logical project structure and MVT architecture of Django seem to limit, but in reality, it provides us a solid foundation that can be used to make the desired application.

A durable and robust technology is appreciated whenever we want to work with a new technology that can compete with the dynamic changes in the industry. Django has been present for more than a decade in the market and is still famous for beating frameworks like Laravel in their own game. Therefore, it can help handle and accomplish international standards.

Django has lots of features, but rapid development is the premier one. There is no need to create separate server files to design the database and connect it while making another file for transferring data to and from the server. Django maintains this work and a lot of other tasks. We have everything. On the one hand, no need to take extra files for each job. 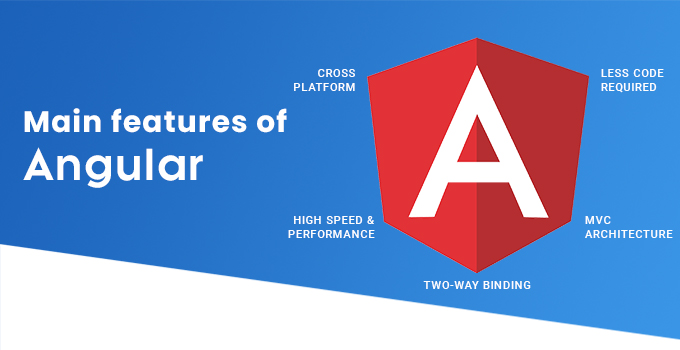 Angular was founded in 2009 by Misko Hevery (senior computer scientist at Google). It is a typescript framework utilized to build complex web applications in the browser. It is a Google-backed project used to create production-ready, large applications. It needs fewer codes and effort. It is developed across all platforms. The core functioning of Angular is data binding services, instructions, and dependency injection. It has reformed the developer community since 2010, especially with its possession of robust modules and different commands.

If you want to develop an efficient, scalable, and robust application using this framework, you must hire a dedicated Angular Developer. Click here to know more.

The below graph includes information regarding the popularity of Angular among people and the usage of the framework by developers.

Angular is the prominent factor of the Javascript ecosystem and the most popular front-end development tool. It began with Angular 2.0, and the latest version is Angular 8. Let’s have a look at the general and technical features of this widely accepted front-end framework.

A progressive web application can be developed with the help of Angular. This offers an app-like experience to the audience using modern technologies. One can deploy an app as native and progressive. The desktop, mobile, and web applications can be designed in Angular.

Model-View-Controller (MVC) is the architecture for managing application data. The view tends how data is displayed while the Controller connects the Model and the View. When an application is built using MVC architecture, you must divide it into different parts and write the coding to join them. However, in Angular, you only need to split your application into MVC, and the framework will handle the rest. That saves a significant amount of coding time.

To summarize, Angular’s most useful feature is its two-way data binding system. Two-way binding minimizes the need for testing and ensures everything is always in sync between the view and model layers. Changes are automatically shown in the view model if you change anything in the model.

Angular redefines the modern JavaScript virtual machine by transforming templates into code. The loading time of Angular apps is faster than any other front-end framework in the industry. The pace is comparable to the rate of a Chrome browser. Your handwritten code can be rendered in HTML and CSS with the first view of the application on any other platform like NodeJS, .Net, PHP, etc.

The graph below shows the usage and popularity of both the frameworks Django Vs. Angular. If we look at the stats given in the graph, we can clearly see, people show more interest in Angular rather than angular.

Django vs. Angular: Pros and cons

Pros and cons of Django

Pros and cons of Angular

All in All, Django Vs. angular. We have observed that Django and Angular have two faces that may be beneficial for your project or maybe not. Angular is an excellent approach to knowing how the technology will work on our project, as we have discussed both the technology. It all depends on our project requirements and then we make a decision that according to my project needs which framework will be the perfect fit.

If you are looking for a large project, then Angular is a boon for your project as it reduces the testing time that will lead to lower development costs. Angular can achieve any deployment target by code reusing and building apps for web, mobile web, native mobile, and native desktop.

Django is designed to make things easy and fast and is used for small projects. Django has its benefits as it is used for creating websites and web apps. The power of Django lies in the backend such as data validation, operating with database, tracking, etc.  but its pages are compiled on the server and require computing needs before any request can be served. It provides many ways to develop UI, but Angular has beaten it by creating great UIs.

Angular can be used as an independent framework that makes your project presentable by providing some powerful features to the user like data bindings in the interface, some logic (hiding/showing stuff), interactions, and many more. The best part is if we combine both the technologies using Django for backend and Angular for the front-end then you will get the desired application.

How Do You Increase Your Product Reach? Strategies For Promoting Your Amazon Store And Products

The 6 Wonder Applications of Silicone Sealant for Your Business Premises